Northallerton Town Council is delighted to announce the opening of the newly refurbished Town Hall basement and its use as the new base for Northallerton Amateur Boxing Club. Catherine Pringle, 2018 National Female Boxing Champion, officially opened the space at a joint event that took place on Friday 10th December, attended by those involved in the refurbishment works and organisations interested in youth development in the town.

Prior to 2000, the basement had various uses including the home for the town’s youth club.  Unfortunately for the last 20 years, following a major flood event in the town, the basement has been used mainly as a storage facility and not available to the general public. However, 18 months ago, the Council took the decision to clear the basement out and, by working closely with members of the Boxing Club and local contractors, has turned the space into a unique and exciting facility.

Deputy Mayor, Paul Cornfoot, said “It has been a great privilege working with the Boxing Club and local businesses to regenerate a previously unused and vacant space in the Town Hall, into a facility that provides huge opportunities.  It has also been a pleasure seeing, at first hand, the energy and enthusiasm displayed by the young members of the Boxing Club during their weekly training session.”

Adrian Coe, Head Coach added “We are very grateful for the support received from local businesses which has enabled the club to relocate. The club, which was formed in 2011, has produced regional and national champions and the new premises will help facilitate the progress of the town’s youth for years to come. I would like to give a note of thanks to the Deputy Mayor and Town Clerk who have fully engaged and supported us through the refurbishment project.  We are very much looking forward to welcoming new members over the coming months and sharing our new facilities with the local community”. 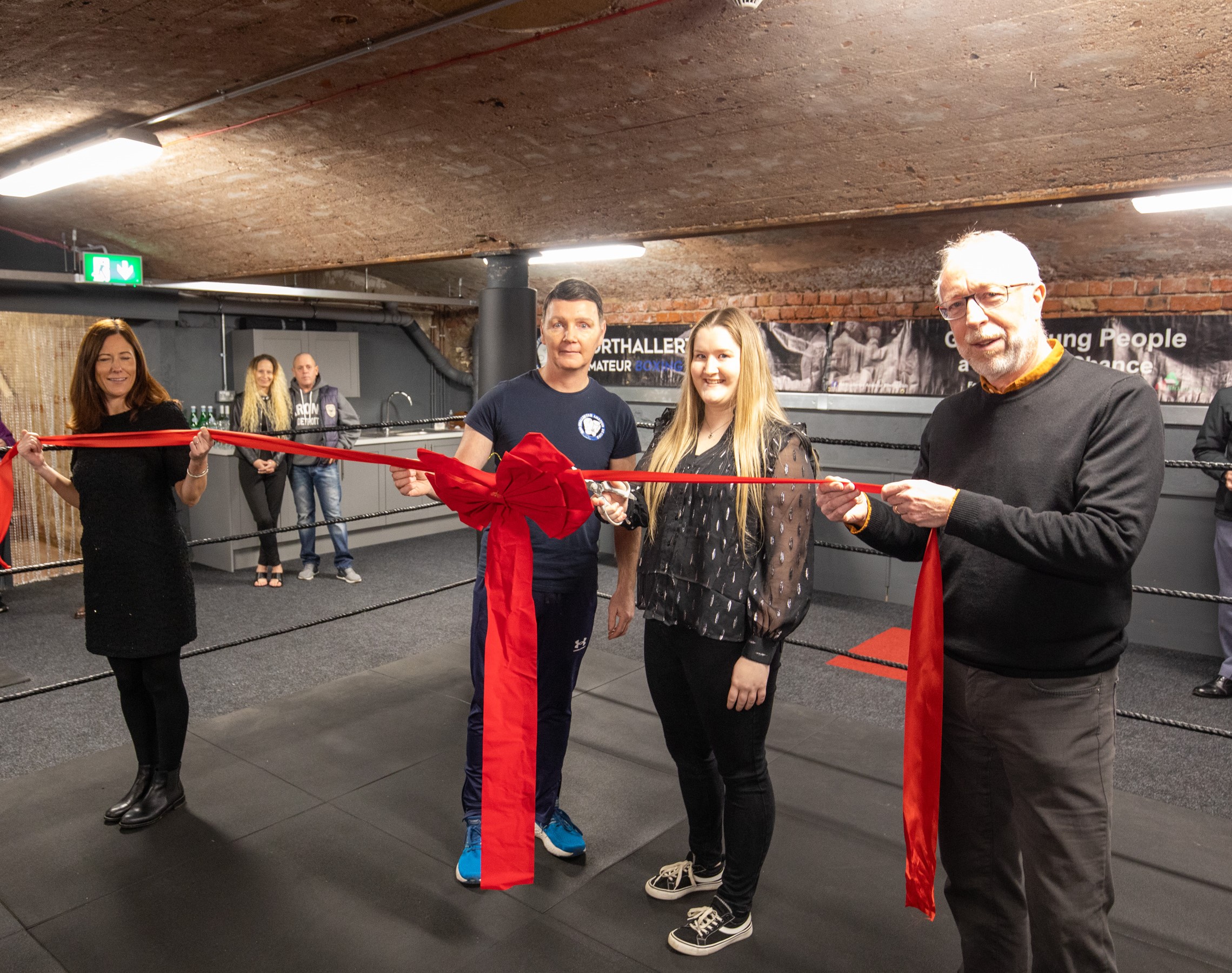